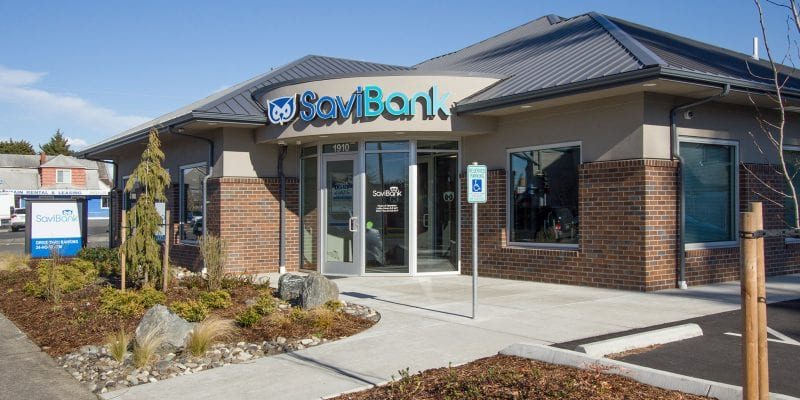 Concrete was losing its only bank branch until SaviBank stepped in.

MOUNT VERNON, WA, October 7, 2019 — SaviBank, headquartered in Skagit County, announced the opening of a new full-service branch in Concrete, WA. The new branch is located at 45872 Main Street, the site of the old Columbia Bank branch. New hire, (but familiar name), Lynette Gentry, is running the new office just as she has for the last 10 years.

SaviBank has deep roots in Skagit County, being the only local community bank headquartered here. “SaviBank is committed to the Skagit community and keeping Concrete’s heart of local business and personal banking open for generations to come—continuing our mission to bring long-term success to our clients and community,” says SaviBank Chairman and CEO, Mike Cann.

SaviBank announces their expansion into Concrete at a time when local business owners and leaders were fearing the repercussions of not having a local bank.

SaviBank President, Andy Hunter added, “We understand how much a community relies on its local branches; from businesses handling their deposits and obtaining cash supplies, to economic development, to residents who prefer to bank in-person. As a community bank, we believe this is the right thing to do.”

SaviBank (formerly known as Business Bank) is a commercial bank chartered in the State of Washington with a community bank focus. The Bank began operations April 11, 2005. SaviBank proudly serves Skagit, Whatcom, and Island Counties with branches in Anacortes, Burlington, Bellingham, Concrete, Freeland, Mount Vernon, Oak Harbor, and Sedro-Woolley. The Bank provides loan and deposit services to customers who are predominantly small and middlemarket businesses and individuals in and around Skagit, Island, and Whatcom counties. As a locally-owned community bank, we believe that when everyone becomes Savi about their finances, our entire community benefits. Call us or stop by one of our branches and we’ll show you how to bank Savi. For additional information about SaviBank visit https://www.savibank.com.

This website uses cookies for analytics and to optimize your browsing experience. By using our website, you agree to this use. To learn more about how your data is collected and used, please read our privacy statement.
OK

If your debit card is lost or stolen please contact your local branch. If it is after normal business hours, please call 1-800-554-8969.

Use keywords in the search box below to find what you're looking for.

Unless the website you are going to is secured via SSL Technology please do not send sensitive information (account numbers, social security numbers, etc.) as it is not being sent in a secure environment.